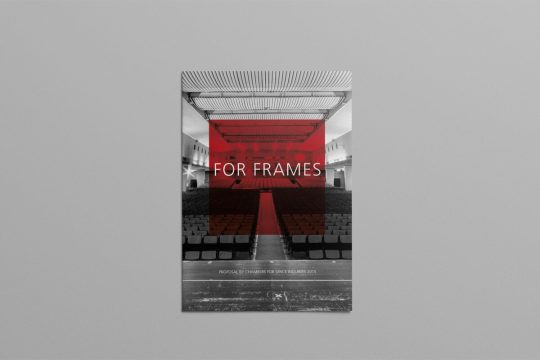 After the founding of the Student Centre the first established cultural activity were cinema projections in a redone and at the time rented pavilion of the Zagreb Fair. SC Cinema, already known by that name, began its regular activity in 1959. Considering the size of the building, numbers of seats and all kinds of technical equipment, one has to presume that the efforts for building such a ‘giant’ where carried by the deepest believe in a long and prosperous future of cinema as a mediatized space of highest social, economical and cultural value.
Today the artefact lies like a stranded whale with no connection to its former habitat, lost, a vague remembrance of its former glory, barely outlining the contour of its original greatness and glance. In the present it is symbolizing an obsolete utopia, a temple abandoned by its former prophets, left behind and ignored by the mass of its former believers. But entering the space we not only experience the overlapping past in the present we can also sense the ever reappearing concept of mediatized future prophecies, caged or trapped within a former palace of future knowledge. Within here the now is the then, the to be and the future – loss.